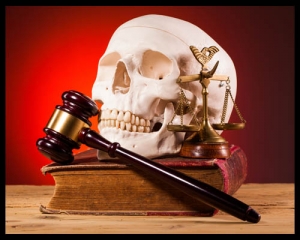 Just like any other worthwhile game or contest, there have to be rules… plain & simple.  Without them, everything turns into an endless pissing match… and – in the eloquent words of Sweet Brown – “ain’t nobody got time for that!”  Over the years, this particular dead pool’s rules have evolved… and they continue to do so.  Are they airtight?  Of course not.  We strive to close loopholes and minimize gray areas, but they’re always going to be out there.  That being said, here’s what we’re currently working with:

Celebrities. Who is a “celebrity?”

By definition: famous people… duh.  Actors, sports figures, musicians, artists, world leaders, cultural phenomena, etc.  In the past, there have been different ways to validate a so-called celebrity’s fame posthumously, with a popular one being an Associated Press death announcement.   While this certainly still applies, AP is just one of many legitimate national/international on-line news sources.  Consequently, this opens up the playing field to a broader spectrum of celebrities worldwide.  A general rule of thumb: if they have a page on Wikipedia dedicated to them – their OWN stub page as of the date of submission – they’re probably famous… or famous enough that somebody is going to report their death…. and therefore by default, a celebrity.  However, there will always be exceptions.  All selections will be reviewed by the commissioner to verify celebrity status… and judgement is final.

New in ’22: Narrowing the field of Sports & Politics

The selection field of sports & politics has been a long-abused sea of haystacks with too many goddamned needles. So we’re gonna reign things in a bit.
SPORTS PLAYERS:
British cricketeers, Slavic soccer players, Kiwi rugby clowns… the world of sports is just too fukken big. We’re gonna stick to North American Pro Sports: NFL, MLB, NHL, NBA, MLS, and if you absolutely must, CFL. Additionally, selections must have achieved some level of career status in their sport. A title, a record, an award, All-star status, or an immediate association with some aspect of the game. For example: Pro-bowler, All-star, Rookie of the year, MVP, Hall of Famer, youngest/oldest, first black/last white, whatever. So it can’t be a relief pitcher who bounced between the minors & majors for 2 years only to “retire” and become a used car salesman in his mid-20’s. Or some 2nd string O-lineman who played for 5 teams in as many years before pursuing his passions for substance and spousal abuse full time. They have to have done SOMETHING other than have their mug printed on a trading card. Now… the torch-bearing mob at my door has a question: “What about other sports? Golf players? Tennis players? NASCAR drivers? Pro Wrestlers?” Yeah, yeah… I know… this is opening an enormous can of worms. Yes you can pick them…. but again let me reiterate: title, record, award, status, or immediate association with the game. I’m not trying to eliminate sports… just trying to make the world of corpses I need to keep an eye out for just a little bit smaller AND hone in a bit on CELEBRITY status… which – trust me – is astronomically subjective.
POLITICIANS:
On the US side, we’re keeping it strictly federal. Presidents, first ladies, VP’s, senators, representatives, Supreme Court justices, cabinet members & press secretaries… past and present… all fair game. US state/territory governors – although technically not federal – will also be allowed. City mayors, elected county officials, state congress members, town sanitation commissioners… nope. Outside of the US, heads of state and royals – past and present – are legit picks. But we’re not getting as granular as members of foreign Parliament, political parties or activist groups. Call this the “Ezra Nawi Rule” if you like.

Who is not a celebrity?:

Is anybody off limits?

All lists are due before 12:00AM EST on January 8th of each year and are submitted through an entry form on the Dead Reckoner website. This form will be accessible from the home page only for a brief window of time between December 26th and January 8th. Lists submitted by any other means (email, hard copy, singing telegram, etc.) will not be accepted.  Players may submit multiple lists.  Each list submission is required to contain 12 selections and at least 3 back-up selections. Up to 6 total backups may be submitted, but only the first 3 fields are marked as ‘required.’ Back-up picks will be substituted – in the order in which they are listed – if any of the primary 12 selections are found to be ineligible or expires before 12:00AM EST January 8th. If a list containing invalid or deceased selections uses all of their submitted backups and still doesn’t have 12 qualified picks to play, their list may still compete, but no additional substitution will be allowed. Play with what’cha got. A membership & processing fee for each list submitted is due to the Commissioner or Treasurer by February 1st.  Lists for which no payment has been received by this date will be deleted and eliminated from the competition.

When a celebrity kicks the bucket, their age at the time of death is subtracted from 100. The difference is the number of points that are awarded to each list that contains that selection. So, for example: Joe Blow is 80 when he croaks. If you have him on your list, that’s 20 points for you… and 20 points for anyone else who had Joe on their list as well. In the case of celebrities who are 100 years or older, no points are awarded or subtracted. However, lists that contain centenarians who kick the oxygen habit during a play period will still receive credit for a qualifying hit.

– First Strike: Any/all lists that contain the first hit for the calendar year will each receive a 5 point bonus.
– Final Exit: Similar to First Strike, except with the last hit of the calendar year. Those 5 bonus points would be awarded once the calendar year has concluded.
– Cadaver Dog: If a participant is the only participant to have sniffed out a particular hit, a 10 point bonus will be awarded. In the case that he/she/it has that hit on multiple lists, these 10 bonus points are only awarded once per corpse. They can, however, be distributed across lists at the participant’s discretion in a one-time allocation.
– Blue Moon: If a list contains 2 selections that expire within the same calendar month, it will be awarded 10 bonus points.
– Hat Trick: (new in 2020) If a list contains 3 selections that expire within the same calendar month, it will be awarded 15 bonus points. Additional hits beyond that, as unlikely as they may sound, will not earn any extra bonus points… because an extra 25 points is enough, you lucky prick. So no… we’re not doing golden or platinum sombreros. Not yet.
– Party Pooper: If a celebrity craps out on their birthday, lists containing that selection each receive an additional 25 points.
– Worst Show Ever: If a selection takes their final bow in front of a live audience, it’s worth 25 bonus points. Now, they may not die right there on the spot… they might get rushed to the hospital, resuscitated, & drift off to the light some days later…. but their death must be directly related to an event that took place in front of an audience. On-stage collapse, traumatic sports injury, public suicide by poisoning at a UN war crimes tribunal… that kind of fun stuff.

In order to be eligible to win, a list must have a minimum of 3 hits. Whichever list has the most points resulting from deaths occurring between 12:00AM EST January 8th and 11:59PM IDLW December 31st of the year in play – with at least 3 qualifying hits – will be the crowned champion.  To allow for slow reporting or late-season departures, a winner may not be announced until January 7th. In the case of a tie score, the participant with the most hits wins. If still deadlocked, it will go to whoever had the earlier hit in the calendar year. In the case of identical hits, this will continue through the list until one list has an earlier hit than the other. If all hits between both lists are a match, whoever submitted their list first to the commissioner, will be the victor.

Winner takes all.  The only instance where the “prizes” would be divided between players: if a list scores hits on all 12 out of 12 submissions. If this highly unlikely scenario occurs, that participant is guaranteed 50% of the “prizes,” regardless of total points. Although, if somebody goes 12 for 12, they’re probably going to be the winner anyway.

If no lists have reached the minimum of 3 qualifying hits, all “prizes” will roll over into the following year’s competition.

A final note, for the sake of legality:

Remember, you’re not allowed to go out and kill anyone… or commission others to do so. The law of the land must prevail above all rules listed herein. So be good, for goodness sake.